LiveAirShowTV is pleased to announce its return to Selfridge Air National Guard Base in Harrison Township, Michigan.

From July 8-10, Selfridge opens its doors for friends, family and the public to celebrate the Next 100 Years of Aviation.  Join us as the Air Combat Command F-22 Demonstration Team headlines the show!  The 127th Wing’s KC-135 Stratotanker, A-10 Thunderbolt II, warbirds, and air and ground static displays dating as far back as World War I will also be part of the free event on the base. 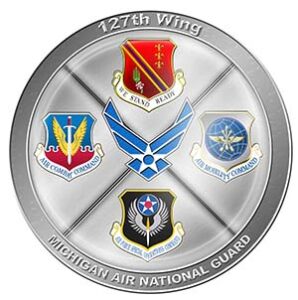 “This air show is our way of opening our doors to the general public so that they can get a glimpse behind the gates as to what we do here at Selfridge,” said Brig. Gen. Rolf Mammen, 127th Wing and Selfridge Air National Guard Base Commander. “This is an opportunity for our Southeast Michigan communities to interact with the Airmen who execute the 127th Wing’s missions, supporting our local communities and combatant commanders with global vigilance, reach, and power.”

The base last hosted an airshow in 2017, celebrating its 100th anniversary and featuring the U.S. Air Force Thunderbird for crowds in excess of 300,000.  LiveAirShowTV produced the broadcast winning the air show industry Pinnacle Award for innovation. The telecast incorporated historical vignettes throughout the show to tell the stories of the First 100 Years to both attendees on-site watching on video walls and viewers of the livestream telecast.  Air boss for the show Ralph Royce said, “The seamless integration of the video history lesson created the most technically enhanced and spectator-pleasing air show production I have seen.”  It was at the time the highest-performing livestream of an air show, with over 1.5 million views and social media impressions.

This year’s shows, airing live on Saturday and Sunday July 9-10 from 10:00 A.M. – 4:00 P.M. CDT, promise to be just as engaging, with performers including: the F-18 "Rhino" Demo Team, The F-22 Raptor, The Misty Blues all women skydive team, Acemaker Air Shows, the U.S. Army Golden Knights and more.