LiveAirshowTV and NAS Oceana are pleased to announce a four-hour 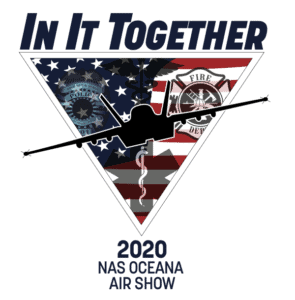 live telecast of the 2020 NAS Oceana Air Show.  Hosted on-site by Rob Reider and Steph Stricklen, the digital broadcast will feature live flight demonstrations, interviews with Navy ambassadors and vignettes about life at Oceana and in the Navy.

In the 1950’s, the U.S. Navy set up an outlying airport for Naval Aviation in what was once flood prone farmland. The new facility – which became Naval Air Station Oceana - provided relief to the crowded training airspace to the East over NAS Norfolk.

In the decades that followed, NAS Oceana fully embraced the jet age by becoming the Master Jet Base along the eastern seaboard.  It was home to the F-4 Phantom as the Fleet Readiness Squadron prepping aviators and their crews for carrier deployment.

Virtually all types of Naval Aircraft been based at Oceana, including the VF-101, the A-6 Intruder and the legendary F-14 Tomcat.

To get a reminder for the broadcast, go subscribe to our YouTube Channel or hit the button below!