LiveAirshowTV is pleased to announce full coverage of two airshows, production support for a third, and daily highlights from many more during the spring 2020 airshow season. 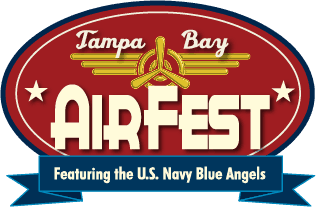 First up LASTV will be providing production assistance for MacDill Airfest.  LASTV will provide video walls, production equipment, graphic elements, video features and senior production personnel in a co-production with MacDill Air Force Base.  “MacDill Airfest has used video walls and production resources in innovative ways for a number of years,” said LASTV president Jeff Lee.  “We are glad to contribute our assets and expertise to the 2020 show.  The show takes place in Tampa, FL, March 27-29 and is headlined by the U.S. Navy Blue Angels.

The following week, LASTV travels up Interstate 4 to Lakeland, Florida and broadcast coverage of the SUN ‘n FUN Aerospace Expo.  2020 marks the fifth year in a row the second largest aviation event in the country is carried by LASTV’s live streaming channels.  “We continue to see our partnership with LASTV drive attendance, generate additional sponsor revenue and further the mission of our Aerospace Center for Excellence,” said Greg Gibson, CMO and Director of Operations for SUN ‘n FUN.  “As our organization has grown into the leading provider of flight scholarships to the next generation of aviators we can count on LASTV to spread our message to a global, aviation-oriented audience.”

June 6-7, LiveAirshowTV will provide live coverage of the Selfridge Air National Guard Base Open House and Airshow.  In 2017 LASTV provided innovative coverage of the base’s 100th anniversary airshow, interspersing custom vignettes about the base’s history with airshow performances from three eras of air combat.  Located just north of Detroit on the Canadian border, Selfridge ANGB will host the Canadian Air Force Snowbirds for this year’s headliner. “We are very excited to have LiveAirshowTV return to Selfridge ANG to livestream our open house and airshow promoting the next 100 years,” said Steve Remias, president of the Selfridge Base Community Council. “Their broadcast of our 100th anniversary in 2017 was a hit and we look forward to showcasing our historic base and the 127th Wing to the world again."

Finally, LiveAirshowTV will continue to promote airshows around the country each week, both with its “This Weekend’s Airshows” newsletter, as well as previews and recaps posted on its social media channels.